What data needs were addressed? Verification of country-specific emission factors.

Comparison of emission factors showed that South Africa’s country-specific EFs were in the same range as the defaults for Oceania and Western Europe, but were not similar to defaults for Africa. This is explained by the productivity data. Milk production in South Africa in 2010 was 14.5 kg per day, much higher than the assumed 1.3 kg per day given for Africa. Cattle weights were also much higher (333 590 kg, compared to 275 kg for Africa). Pregnancy and DE percentages were also higher than those used in the IPCC default values. 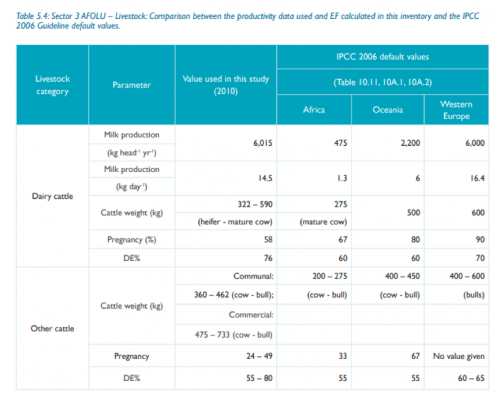